Shengrui held the AT supplier conference

On April 14, the company held a meeting with the theme of "New Shengrui, New Planning, New development of AT in Passenger cars and commercial vehicles for the Future" in Shengrui Academy of Talent Community for commercial AT suppliers. Chairman Liu Xiangwu, General Manager Li Fayou attended the meeting, so do the members of the company's leadership team, heads of departments and more than 120 representatives from more than 80 suppliers from all over the country, which was hosted by Liu Pengfei, Deputy General Manager of the company. 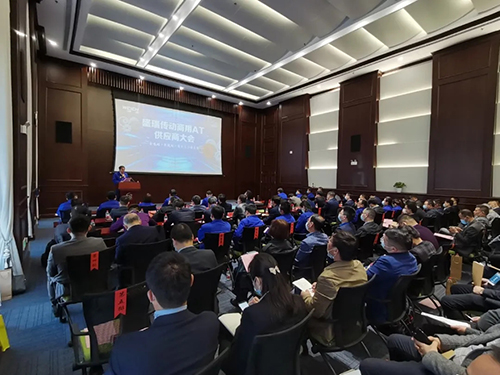 Chairman Liu Xiangwu said in his speech that on November 12, 2020, New Shengrui was formally established in a legal sense and the company entered a new stage of development. New Shengrui is a state-owned joint-stock enterprise jointly controlled by Weichai Group and China National Heavy Industry Corporation, which has state-owned attributes while maintaining a high degree of independence from market-oriented mechanisms. This characteristic gives Shengrui a unique advantage in its future development. With the technical advantages of Weichai Group and CNHTC's many years of vehicle development, a complete vehicle industry chain and a strong distribution network, Shengrui is fully capable of achieving rapid piggybacking and promoting the rapid development of Shengrui automatic transmissions in commercial vehicles and passenger cars, and we are confident in the future of Shengrui! 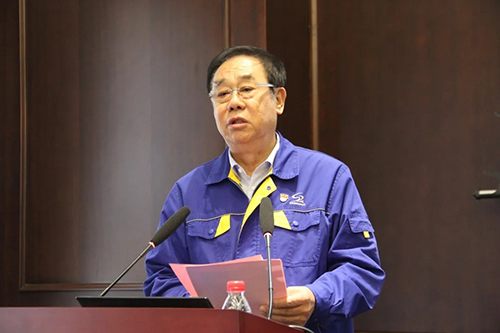 General Manager Li Fayou said in his speech that Chairman Tan Xugang, at the recently concluded Weichai Power 2020 annual results conference, had set a target for the future development of Shengrui: to achieve market sales of 500,000 units by 2025 and to form an annual production capacity of one million units. 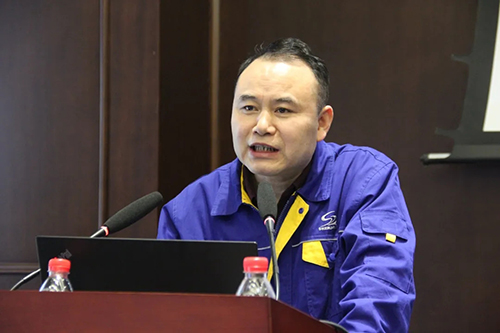 At the same time, he put forward a new plan for the future development of Shengrui. In order to achieve this goal, we will re-plan and position the market, systematically analyse the target market, accelerate the layout of product development, pay close attention to product quality and improve management efficiency. The longitudinal 8AT project is a key project in the development of the Weichai Group system and a key project for Shengrui's automatic transmission to enter the commercial vehicle market ahead of others. Shengrui will complete the layout of the supply chain system as soon as possible, reach an industrial consensus, truly form a synergy, quickly form the mass production capacity of the longitudinal 8AT, and ensure that the indicators reach the international advanced level, break the monopoly of foreign longitudinal AT automatic transmissions, and achieve independent replacement. We hope that we will seize the strategic opportunity period, actively cooperate, jointly promote the development of high-end transmission technology for light commercial vehicles and passenger cars in China, and accelerate the industrialization of automatic transmissions from "1" to "100"!